Warren, a UK independent carton board, graphical board, and paper stockist, has announced that it is entering 2017 with the celebration of its Ruby anniversary, marking the occasion of its 40th year of trading as an independent, privately owned company. 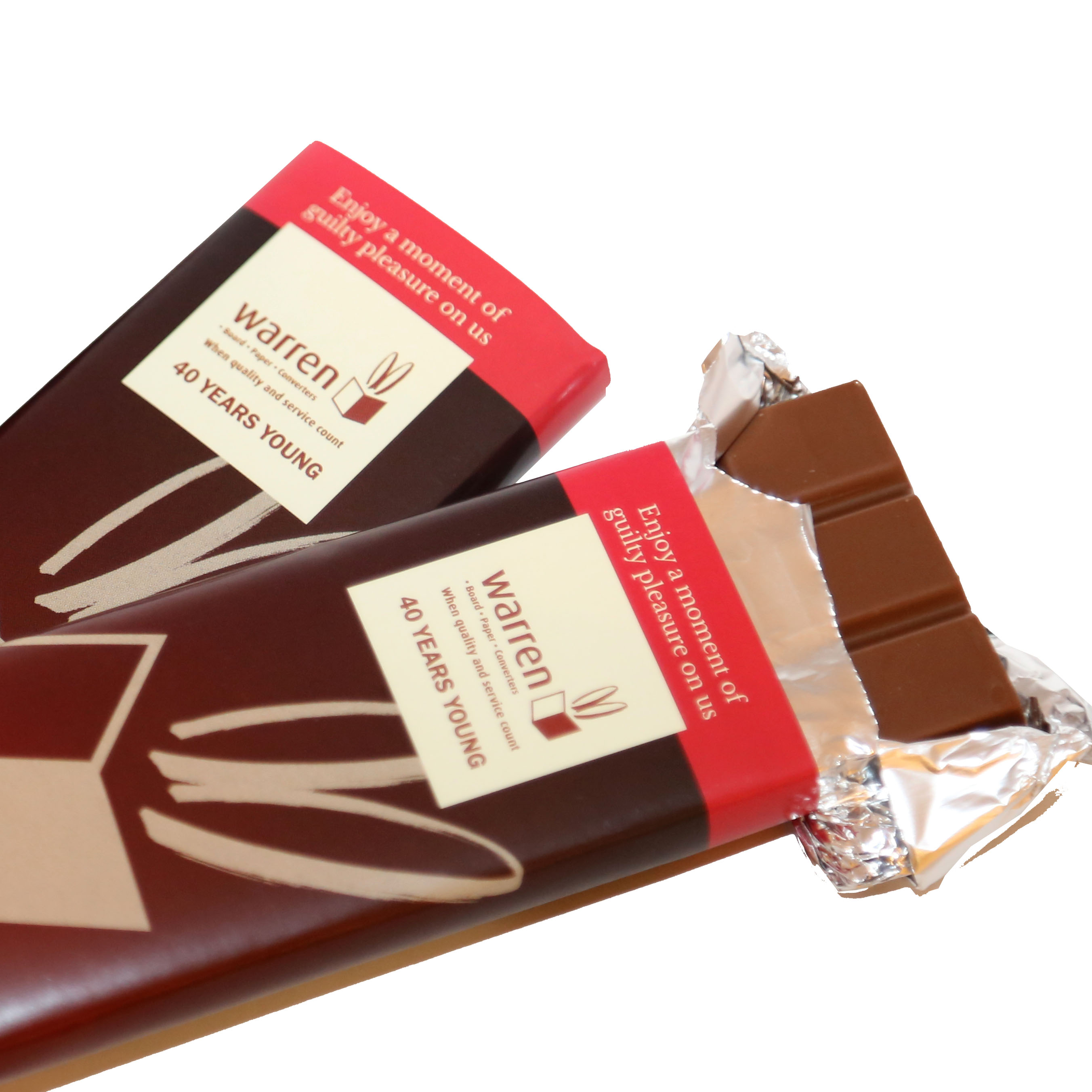 By way of a birthday gift, over the coming weeks members of Warren’s external sales team will be distributing a little chocolate treat to customers in celebration of the company’s Ruby Anniversary.
Warren has had some special 50gm milk chocolate bars which have been wrapped in a Warren personalised sleeve as a give-away to its customers. The milk chocolate bar wrappers have been printed on LumiArt 115 gsm, supplied by StoraEnso.

Warren opened its doors for business back in 1976, when its chairman, Barry Pincott, at the age of 29, made the decision to set up his own business. Having met Anne Ferguson some years earlier, he asked Anne to join him in the new venture and the business partnership was formed.

As a business, it has thrived and prospered over the past years, but not without the dramas, tribulations and upheavals that have been witnessed within the paper and board industry.

But there have also been some less challenging occasions, with the exciting additions to its business of the new paper division along with the acquisition of its converter facility in the West Midlands, as well as a logistics partnership and new liveried vehicles. More recently the industry has also had to contend with the uncertainty of what Brexit will deliver and mean for the paper and board sector in the UK.

Commenting on the 40th anniversary of Warren, Pincott said: “It’s great to be celebrating 40 years in business, our Ruby Anniversary, and it’s all thanks to our wonderful staff, most of whom have been with us over 20 years. Here’s to the next 40 years!”

Previously historically known only for its board products, Warren is now entering its third year of offering a range of branded paper products. A member of the AIMS Group, which is an organisation made up of leading independent paper and board merchants in the UK and Ireland, with individual members focussing on supplying their local regions enabling them to provide a superior level of service. Warren provides a regional service covering the East and West Midlands, the North East, and the South West areas.

Warren stocks a wide range of products that are FSC and PEFC Chain of Custody certified and integrates ISO 14001 Environmental Management systems into its business activities. Warren’s 45 staff have over 450 years of industry experience to offer their customers, providing extensive knowledge and advice as part of their service. Some members of staff are now racking up 25 and 30 years of service with the company.

Appointment of new CFO at Xaar