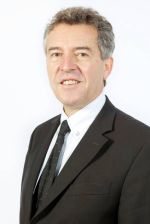 Ernst Meier has been appointed head of sales of the Polytype Converting Group effective from 7 January 2013.

With a degree in mechanical engineering from the Federal Tech of Zürich (ETH) Meier started his career as sales engineer for the Textile Machinery Division of Sulzer AG. 1987 he started working for Bachofen + Meier AG, Bülach  (BMB).  Before his appointment as managing director in 2001 he held several positions within the BMB organisation. Meanwhile he has more than 20 years of experience in the coating and laminating industry with renowned companies including BMB and Andritz-BMB.

The company says Meier he meets all the necessary criteria to further develop Polytype Converting Group as a member of the wifag//polytype Group. His vast experience, not only in technical aspects but also in the fields of market positioning and strategic partnerships with customers and suppliers is extremely valuable.