In the second of two helpful guides to surface treatment, Vetaphone’s Frank Eisby outlines the value of correct installation and maintenance 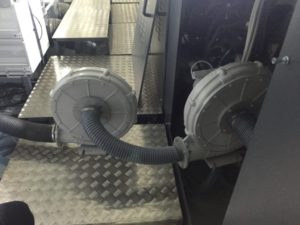 Like all machines, the Corona treater performs at its best if it is correctly and regularly maintained, which is a little-known fact according to market research carried out by leading supplier, Vetaphone.

“Because it’s a relatively simple and reliable process, many converters give little thought to their Corona unit once it’s been installed and switched on. But it’s the installation and the need for occasional maintenance that hold the key to a long working life of peak performance,” explained CEO Frank Eisby.

The problem often occurs when the exhaust system, located after the cooling fan, is not up to the task of effectively removing all the ozone. The result, over a period of time, is rusting of the metal components and a consequent drop in performance, and eventual failure. It can be overcome easily, according Eisby, by adopting a professional approach and the right technology to the exhaust, which he says should be considered an intrinsic part of the industrial production process, not treated as an afterthought.

“The problem is identifying whose responsibility it is to engineer the evacuation. This is clear in the case of UV curing, and appropriate technology is installed to ensure the system functions at optimum level – but Corona is easily forgotten, although no less important,” he explained. What is needed is better education and improved cooperation between suppliers and customers. Tackled correctly at installation, it never becomes a problem, but left unaddressed, it causes loss of quality, poor production efficiency, and much finger-pointing over who is to blame.

Eisby says that Vetaphone technicians are trained to deal with the situation, but need the understanding of all other parties to devise and implement a satisfactory arrangement that prevents the problem developing. “It’s n 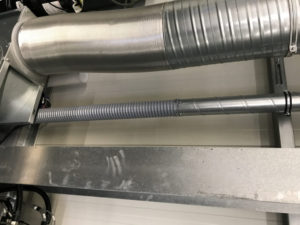 ot rocket science – it’s common sense, and a very easy way of protecting your investment – not just the Corona unit, but the entire line,” he stated.

“It’s amazing, at times, that the key to prolonged component life is simple care and attention – it’s also amazing how frequently it’s missing,” he concluded ironically!