Quality and innovations at the heart of InPrint Italy 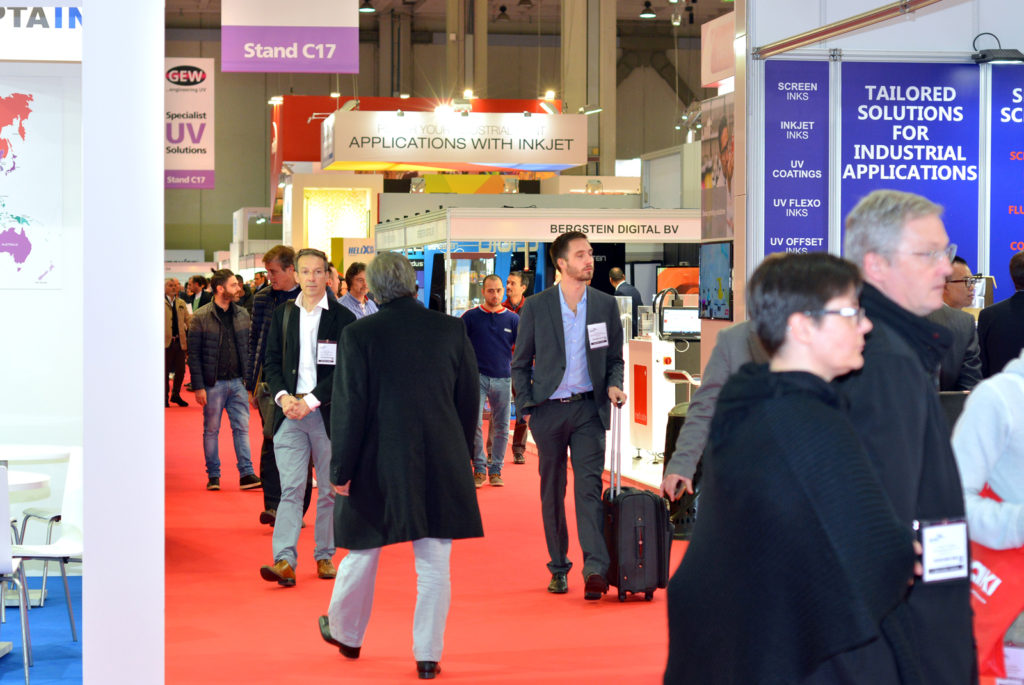 The first InPrint Italy, the only exhibition dedicated exclusively to industrial print technology in Italy, concluded on November 17 at the MiCo Milano Congressi exhibition centre.

A total of 2,900 visitors came to meet 118 exhibitors from 13 countries to discover the latest and best in the three sectors of industrial printing: functional, decorative and packaging. While 69 per cent of visitors were from Italy, 31 per cent were international, from 56 countries, including Germany, Switzerland, the UK, France and Spain, as well as USA, China, Russia, India, Japan, Australia, Korea, Argentina and South Africa.

The event was attended by a large percentage of visitors who had not attended previous InPrint Shows in Germany. Almost 65 per cent of attendees were from the printing industry. Among those, digital (33.7 per cent), inkjet (24.2 per cent) and screen printing (19.8 per cent) were the areas most represented. 26 per cent of visitors came from manufacturing industry, mainly from the textiles, plastics, electronics, mechanical engineering and automotive sectors, while nine per cent were from packaging.

Decorative printing was the prime area of interest for over 30 per cent of visitors, followed by functional, packaging printing and 3D printing/additive manufacturing.

Machinery and printing systems, print heads, materials and substrates were among the most sought-after products and services.

The exhibition was supported by an extensive seminar and conference programme comprising around 60 sessions in the three days of InPrint Italy. The contributions by leading experts in the field, sharing their knowledge in the three fields of application – functional, decorative and packaging printing, were highly appreciated by a total of 640 participants. Particularly successful were the Tech Talks, with debates around key technical topics such as inks, print heads and integration.

Ways of looking into the future was a recurring theme of this first edition in Italy, helped by the Great Innovations Competition, won by Alchemie Technology for its Digital Powder Printing. Heidelberg was ‘Highly Commended’ with the launch of the industrial direct to shape inkjet machine, the Omnifire 1000, and for the first time organisers introduced the InPrint Founders Award in memory of Paolo Capano, former managing director of INX Digital Italy and an inspirational figure in the development of industrial printing technology. The award recognises leadership, entrepreneurial spirit and collaboration and was presented to Cefla JetSet.

The second edition of InPrint Italy has been confirmed – it will take place at the MiCo Milano Congressi in November 2018. One third of available floor space has already been reserved by returning exhibitors – among them some of the leading companies in the industry such as Heidelberg, Fujifilm, Mimaki, Kyocera, Ricoh, Ceradrop, Gruppo Tecnoferrari and Sensient.