Pulse Flexible Packaging Limited proudly announces that they have won the Silver award in the Food category of the prestigious 2015 Starpack Awards with their bespoke pack for M&S eatwell Seed & Nut Mix. The shortlist was announced in August, while the final result was revealed at the awards ceremony last night, September 10th, at Leicester Space Centre.

M&S Seed & Nut Mix is part of a new line in the M&S eatwell range, produced by Hull based snack food company, Humdinger for M&S. The pack comes with a number of high level consumer convenience features, including an easy-open and reclose format, highly visible tamper evidence, and good portion control. The application of Macfarlane’s Reseal It technology to the reverse of the pack allows the consumer to easily open and reseal the pack, allowing for effortless portion control. An additional tear strip, also developed in conjunction with Macfarlane, was incorporated into the tamper evidence feature to ensure the brand owner’s food safety regulations were not compromised and gives additional peace of mind to the consumer. 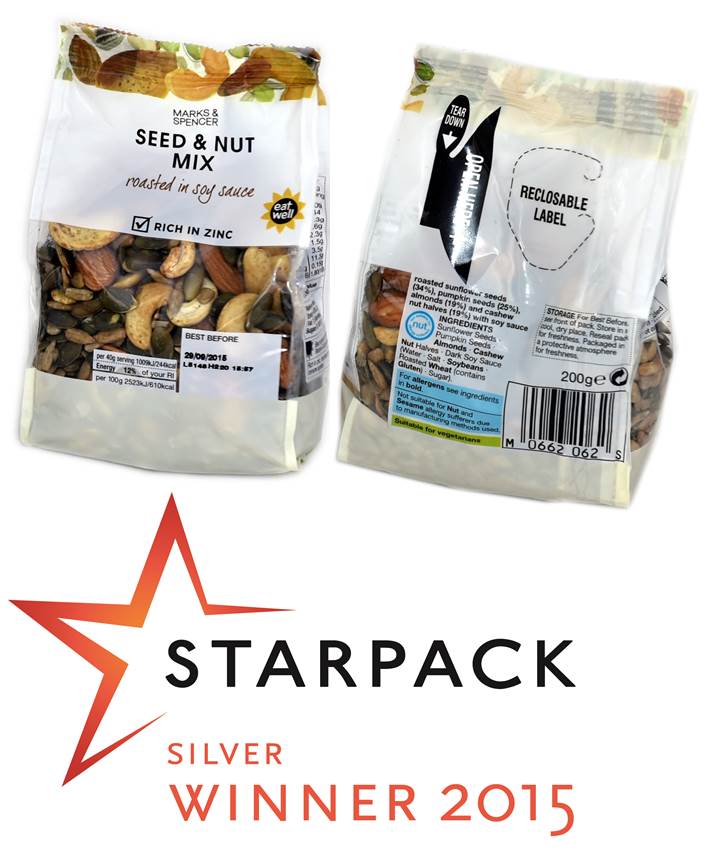 Pulse Flexible Packaging’s Sales & Marketing Director, Barry Bleasdale said: “We are delighted to have won a prestigious Starpack Award in the Food category. We continually strive to produce high quality, innovative packaging and to be recognised by the industry for this is a huge honour.”

Pulse Flexible Packaging’s Katie Sadler also collected her Shooting Star Award, which was announced in August. This award recognises a young packaging professional, who is making a real difference, going above and beyond the call of duty, excels at supporting their company and shows real flair and talent.

Pulse Flexible Packaging Limited will be exhibiting at Easyfairs Packaging Innovations, London Olympia on September 16 & 17. Please come and visit us at stand C14.

EXCLUSIVE: Reading between the lines

Innovation on show at Packaging Innovations and Empack 2022

Innovation on show at Packaging Innovations and Empack 2022