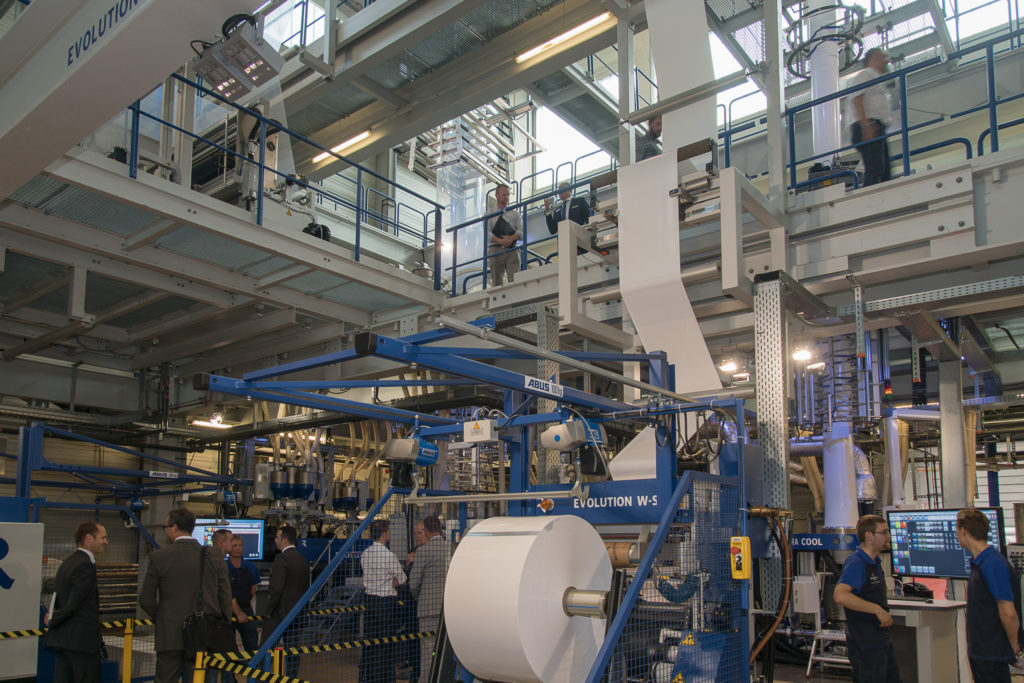 Reifenhäuser Blown Film hosted an Open House in Troisdorf during the drupa trade show held in Düsseldorf. A multitude of customers from around the world attended the event to learn about new opportunities in the application of film extrusion technologies.

What made the Reifenhäuser Open House event so appealing were the lines in operation: Three state-of-the-art blown film lines could be viewed running in production. A special highlight was the EVOLUTION Ultra Flat technology, which has become a convincing selling point.

Eugen Friedel, senior sales manager at Reifenhäuser Blown Film, commented: “Film flatness imperfections occurring in the production of packaging films are inherent in blown film processes. Especially in the conversion of these films they can cause serious problems. With EVOLUTION Ultra Flat featuring minimum stretching of the film via heating-cooling rolls it is possible to produce a web perfectly flat for subsequent winding and conversion.

“All steps in the production of packaging film, such as lamination, printing, re-forming and sealing, clearly benefit from the optimised web flatness.”

Curling of the film edges is caused by the different speeds at which raw materials cool down and by the individual crystallisation points (for example PE vs. PA, PET). That impedes a smooth conversion of the film. Excellent film properties needed for conversion, lamination and printing were also ensured by the EVOLUTION Ultra Flat haul-off used on this line. Thanks to minimised stretching via heating-cooling rolls, a web of perfect flatness was achieved with this technology.

Friedel spoke about the feedback from the event: “Especially our customers from India and Asia were thrilled about the line configurations we were presenting. Our lines will enable them to cater to increasing market needs for highly efficient barrier blown films in their countries.”

API Group announces acquisition of lamination facility in US