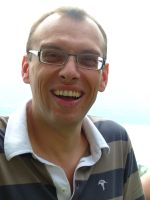 Wolfgang Ziegler died on 6 November at the age of 41 after a short but difficult battle with cancer.

Joining Novamelt in 1999 after finishing his university degree, Wolfgang was responsible for managing production, later managing the R&D department. In 2008 as technical director he was responsible for all technical affairs in Germany and USA. With his team he initiated innovative new adhesive developments that set new standards in the PSA tape and label markets both for today and into the future.

His outstanding technical grasp of the subject matter set him apart as a valued and resource not only inside of Novamelt but also worldwide with countless customers and suppliers.

“Wolfgang was for all of us a shining example not only of honesty and willingness to help but as a human being,” says a spokesman for Novamelt.