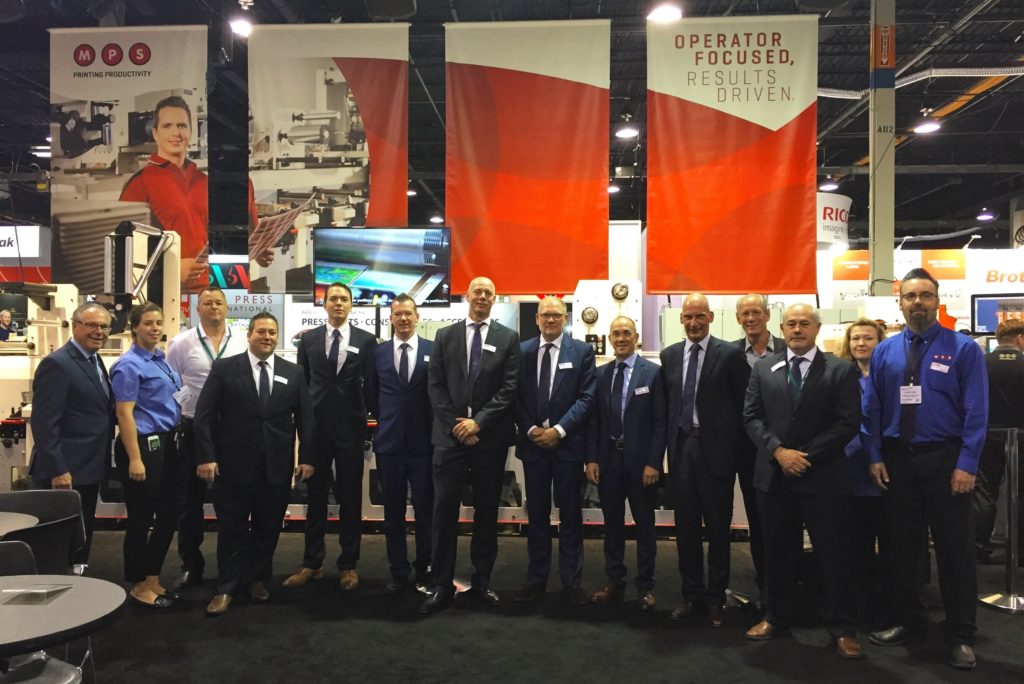 MPS Systems North America announced that a record number of visitors stopped by the MPS booth and it also received record North American sales at the Labelexpo Americas show that took place recently.

At the show, the company introduced together with EMT the Chameleon RobustCut side load die station. Also, MPS partnered with Kodak to perform live press demonstrations at the MPS booth, pushing the limits of flexo technology. The company has reported that interest was overwhelmingly positive.

Made in the USA

Also, MPS partnered with Kodak to demonstrate how flexo label printers can deliver a level of print quality and cost competitiveness that will enable them to compete head-on with digital, offset and gravure suppliers. During one of the demonstrations Kodak showed the ‘Do More with Four’ technology, an eight-colour job was produced by using just four colours (CMYK), significantly reducing set-up waste and time.

Kees Nijenhuis, vice president of MPS Systems North America, said: “At Labelexpo Americas 2016 we wanted to show the market why the EF is the ultimate future-proof press. Thanks to our press automation and Crisp.Dot technology we were able to print a 0.5-point micro text in flexo, to run shrink sleeves at 600 feet per minute and also to run in perfect register while reducing the web tension in the press to almost zero. At the same time our press operator was calm and relaxed thanks to the ease of operation of the MPS technology, making MPS the preferred choice of press operators.”

EMT International and MPS introduced a new die cutting solution at Labelexpo Americas, combining quick-change features with a robust design. This new modular die cutting solution for the narrow web market offers quick operator friendly die exchange in one minute or less without the need to use a hoist. Also demonstrated at the MPS booth was the Pass-Werk Automatic plate mounter.