Erik Hodenpijl is the new managing director of Bosch Sprang

Erik Hodenpijl became the new Managing Director of Bosch Sprang located in Sprang-Capelle in the Netherlands. He assumed his position as CEO from January 1, 2018, following the departure of his predecessor Rob Smeulders 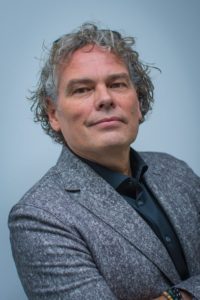 Erik Hodenpijl (54) held technical, commercial and senior management positions at various rigid plastic converters and worked as an independent consultant since 2010. He is already part of the Management as CIO (A. I.) since April 1, 2017.

Bosch Sprang is a worldwide established supplier to producers of thermoformed rigid packaging parts and belongs to KIEFEL since March 2016 and is part of the Brueckner Group.

Kiefel has an international presence thanks to its own sales and service branches in the USA, France, the Netherlands, Russia, China, Brazil, Indonesia and India, as well as its sales partners in more than 60 countries.

Kiefel owns the automotive specialist SWA based in the Czech Republic, the Dutch thermoform toolmaker Bosch Sprang and the Austrian company Mold & Matic Solutions, a supplier of tools and automation solutions.

KIEFEL is a member of the Brückner group, based in Siegsdorf, which is a family owned group of medium-sized enterprises active in machinery and plant engineering with around 2,400 employees at 28 different locations worldwide. At the headquarters in Freilassing KIEFEL employs more than 530 people. Including the strategic acquisitions of recent years, some 1,000 people work for Kiefel and its subsidiaries.