How to be a champion of the future of print 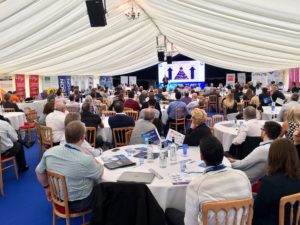 On September 27-28, the RotoMetrics ‘Future of Print’ Open House event took place at the company’s European headquarters in the West Midlands, UK. Over 400 attendees from the world of labels and labelling visited across the two days; the event’s growth since the last edition in 2014 meant that an extra 40 per cent of space had to be allocated for this year.

Over the two days there was a string of presentations covering a whole host of topics relating to label printing and packaging. The keynote speaker on both days was the famous rugby coach Sir Clive Woodward; he spoke about inspiring teams and bringing them together, in any industry, to work together more efficiently. As a national rugby hero, his philosophies for winning and creating high performance teams resonate across both sporting and corporate worlds; he draws from his experience as the former director of sport for the British Olympic Association and as a head coach with the England rugby team.

 Entitled ‘DNA of a Champion’, Sir Clive’s presentation outlined his thoughts on what is needed to be a champion in your field and he used his ‘TCUP’ analogy (which stands for ‘thinking correctly under pressure’) relating to key sporting moments from his career (aided by video footage) and how a clear head makes better, more informed decisions in time-sensitive, pressurised situations.

Paul Currie, from Lakes Distillery, spoke about the creation of new brands and Gregory Bentley from Coca-Cola talked through some of the company’s biggest and most challenging labelling tasks – including the famous ‘Share a Coke’ campaign and the bottle bow label from Christmas last year. Bentley explained the intricacies of producing these various types of labels and the impact this had on the Coca-Cola brand, and how it could be possible for smaller companies to differentiate themselves through similar activities. As to the future of print, Bentley simply remarked: “I’m not sure”. He said with increased populations suppliers have to come up with more ways for companies and customers to communicate.

Other talks came from Ian Schofield, from Iceland, who discussed the trends that are taking place within the retail sector and explain how packaging is affected, Steve Donegan, from Graphic Republik, who talked about standards in flexo production, and also Tim Mortensen, from the Welsh Centre for Printing and Coating, discussed the manufacture and use of printed electronics for active and intelligent packaging.
This year’s event also supported the Alzheimer’s Society and the Teenage Cancer Trust, in memory of Stephen Sutton. Donations were made to these charities through a raffle and an auction held on each day. Visitors also heard from Stephen’s mum, Jane Sutton, who spoke about her upcoming challenge – a 10-day trek up Mount Kilimanjaro – in order to raise even more money for the Trust. 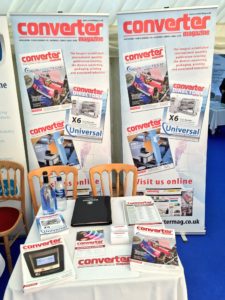 Neil Lilly, sales director at RotoMetrics, commented: “The 2016 event proved an overwhelming success with a 50 per cent increase in visits from 2014. Customers came from all across Europe and Africa and were treated to an array of international speakers and a live production tour of the manufacturing facility of RotoMetrics European HQ.

“The event is planned again for 2018 with well over 50 per cent of the tabletop availability already booked. I look forward to seeing you all again in 2018.”