Great for the climate – and for dwindling resources 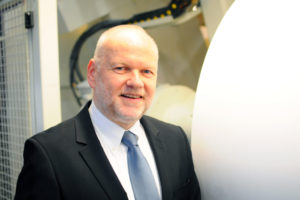 Siliconised release liner can be found wherever there are labels: large amounts are generated, for instance, in the consumer goods and food industry and in logistics. Despite being mostly discarded as waste, this material is ideally suited for recycling, which is not only climate-friendly but also counteracts current shortages of certain resources. For the seventh year in succession, self-adhesive materials expert HERMA based in Filderstadt has equalised the CO2 emissions of its entire 79-vehicle fleet by collecting release liner for recycling. According to Cycle4Green’s (C4G) certification, HERMA has collected approximately 217 metric tons of discarded release liner from self-adhesive materials production for a special recycling process in 2017. With the help of Cycle4Green and the Austrian paper manufacturer Lenzing, this is again turned into label paper or release liner, both of which are reused by HERMA, amongst other things. Manufacturing the same amount of product from virgin fibre would have increased CO2 emissions by 439 metric tons. By comparison, the family company’s fleet only generated CO2 emissions of just under 415 metric tons.

“By participating in this recycling program, we not only make an important contribution to preserving the environment. We also somewhat counteract current resource shortages. Due to extreme demand in Asia, especially China, and continuing growth in Europe, we are facing resource shortages, for instance regarding paper”, explains Dr. Thomas Baumgärtner, HERMA managing director and head of the Self-adhesive Materials Division. This development is confirmed by the German Association of Manufacturers of Self-adhesive Labels and Narrow Web Converters (VskE), which points out the consequences: “All major [cellulose] producers worldwide have raised their prices per ton, some of them even several times.”

Since 2010, the self-adhesive materials specialist based in Filderstadt has been supplying discarded release liner from production to the specialist recycling company Cycle4Green. “We must be prepared for resources to become even scarcer in the future”, says Dr. Thomas Baumgärtner. “I therefore appeal to all label printers and users to participate in the C4G recycling initiative. It is worth it – not only for the climate, but also because it curbs the great price hikes for raw materials.”

Cycle4Green organises the collection of discarded release liners in a large number of European countries. Lenzing, a pioneer of eco-friendly paper manufacturing, then undertakes the recycling. Cycle4green collects a minimum quantity of five metric tons of material from wherever it is generated anywhere in Europe, without costs being incurred. A precondition is that the waste is sorted into different materials. Approximately 360,000 metric tons of siliconised release paper is generated every year throughout the European Union, the bulk of which comes from within companies applying labels.

Sustainability at risk? Brands must take a holistic view of the packaging life cycle to meet environmental targets

reCUP – THE SMARTEST CUP ON THE PLANET?