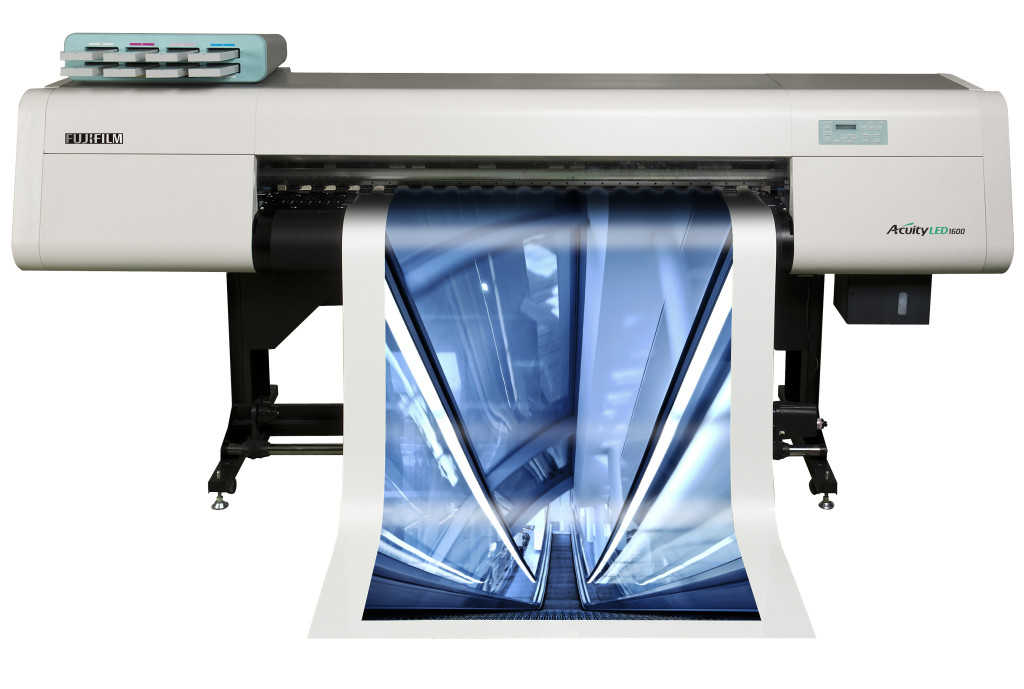 Fujifilm has been added to the line-up for the fifth Print Efficiently, which will take place in Hemel Hempstead on 6th, 7th, 8th and 20th, 21st, 22nd October 2015.

Keith Dalton, Director of Fujifilm Graphic Systems: “Print Efficiently is now a well established and popular event which commercial printers look forward to attending, and we were delighted to take the opportunity to become part of it. We like the relaxed and co-operative ethos of the show, and we think we can bring something unique for its visitors.”

That unique something is Fujifilm’s Acuity LED 1600 UV inkjet printer, a versatile wide format machine with a maximum print width of 1,610mm and an output speed of up to 20m2 per hour.

“Commercial printers need to offer something extra to their customers, and wide format opens a range of opportunities, especially in the sign market,” said Mr Dalton.  “The Acuity LED 1600 UV can maximise this potential, partly due to the sheer range of substrates it can handle, both in roll form or on rigid media such as perspex. It will take stocks up to 13mm thick, which is appealing to anyone in the packaging market hoping to prototype their designs.”

The Fujifilm machine will run alongside two Epson wide format machines; the SureColor SC-S70600 and EC-T5200 machines which are being shown by Colourbyte.

Event manager Jim Bower: “We are delighted to have Fujifilm on board for Print Efficiently 2015 to enhance our wide format offering. We aim to cover the full range of equipment required by modern commercial printers from prepress through to print, with everything switched on and working  – including digital, LED-UV litho and wide format, through to finishing and mailing.”

The event has a new venue this year, following the relocation of Apex Digital Graphics to a new headquarters adjacent to another core Print Efficiently partner, IFS, in Hemel Hempstead. The show will take place across the two showrooms.

Tetra Pak named as one of the Top 50 Sustainability and…