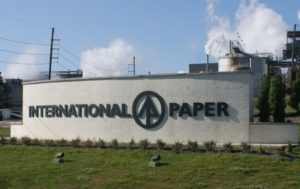 International Paper was recognised for its USA FSC certification strategy to increase the amount of FSC certified fibre used in packaging, pulp, and paper products. One of the ways International Paper increased the amount of this was the development of its own FSC forest management group – Certified Forest Management LLC (CFM LLC). CFM LLC is managed by the organisation’s fibre supply team and has become a cost-effective means for small private landowners to become FSC certified.

As a result of International Paper’s efforts with CFM LLC and the creation and support of International Paper-supplier-based FSC groups, the company has influenced the growth of more than one million acres of FSC lands in the United States and currently supports 40 suppliers who have FSC Chain of Custody certificates. This growth has helped International Paper achieve a 28 per cent increase in certified fibre over its 2010 baseline and increased its annual volume by approximately 1.6 million tons.

“We are extremely pleased with our fibre certification efforts and are thrilled with how many other landowners and wood suppliers have expressed interest,” said Jeremy Poirier, International Paper fibre certification manager. “We continue to gain new members resulting in significant growth, increasing our CFM LLC group to a total of 342,500 acres. It is an honour to be recognised for our commitment to responsible forestry management.”

Corey Brinkema, president of the FSC USA, added: “The FSC Leadership Awards recognise organisations and people who really distinguish themselves in efforts to promote responsible forest management. The FSC leaders show that with a bit of creativity and dedication, it’s possible to make a big difference for our forests, wildlife and communities.”