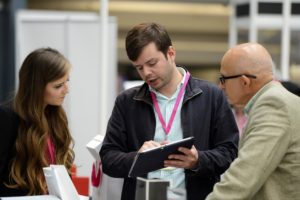 More than 140 industry-leading suppliers have already booked stands for Packaging Innovations London 2016, which returns to London’s Olympia on September 14-15, 2016. These suppliers have been quick to show support for the UK’s most exclusive packaging event, dedicated to branded and inspirational packaging.

Innovation will take centre stage, with numerous exhibitors using the show to launch new products and services. For instance, Tinware Direct will be displaying its self-sealing tin, Pressitin, which has just been granted a European patent.

KTEC Group will be presenting the LX500e Color Label Printer – its newest and most affordable desktop colour label and tag printer. It offers 2.5 times the print speed and even better print quality than its previous model.

tesa will be displaying its Lift & Reseal reclosure tape, which provides an effective reseal solution for produce with a short shelf life. It has been designed to efficiently close packs more than 20 times, allowing consumers to reseal film-based food packs for the product’s lifetime.

Segura will be using the show to demonstrate its latest cloud-based software, which allows a company to map its full supply network and then track every transaction through the chain, from the moment an order is placed to fulfilment.

Swedbrand will be presenting its next generation technology of bag-in-box wine, called Topflow. This newly patented technology enables the wine to be poured from the top of the bag.

First time exhibitor, British Tags will be promoting its complete range of luxury branded packing, including gift-boxes, both flat-pack and rigid, paper and fabric carriers, fabric pouches, cartons and pillow packs, as well as its deluxe acid-free tissue paper. It will also display its branded labelling range, including hangtags, badges and woven and adhesive labels.

More than just an exhibition, the 2016 show has more content than ever before, with a brand new free-to-attend conference, run in partnership with The Dieline dedicated to the packaging design industry. The Great Innovation Debate and The Innovation Wall will all be returning and the show will feature an array of free-to-attend Learnshops. For the first time, the UK’s premier annual awards scheme recognising innovation in packaging design and technology, the Starpack Awards, will be taking place at the show.