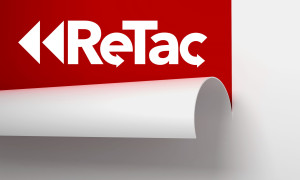 Drytac Europe, international manufacturer of self-adhesive materials for the print, label and industrial markets, has announced its plans for FESPA 2015, taking place in Cologne, Germany, this week.

At the event, Drytac will be showcasing its new Spot-On film with dot adhesive, alongside the expanded ranges of its ReTac permanently peelable films and Polar printable films.

Senior representatives from Drytac will be present on Stand T95 in Hall 6 throughout the five-day event.

ReTac film is printable by solvent, eco-solvent, HP Latex and UV inkjet techniques. And with its newly-awarded Class 0 Fire Rating, ReTac film is ideal for numerous applications including public areas – such as airports, hotels and hospitals – requiring compliance with strict fire regulations.

In addition to these new introductions, Drytac will be showing a large selection of its other solutions including DecorTac wallpapers and a variety of window films at FESPA.

Representatives will be on the stand to discuss Drytac’s custom coating business, helping to deliver bespoke coating solutions for specific applications – with runs starting from as few as 5,000 linear metres.

Steve Broad, sales director for Drytac Europe, commented: “Whilst we’ve been busy developing new product ranges, we’ve also been working tirelessly to grow our distributor base across Europe.  We’re very much looking forward to the show.”