drupa remains with four-year cycle and will return in 2020 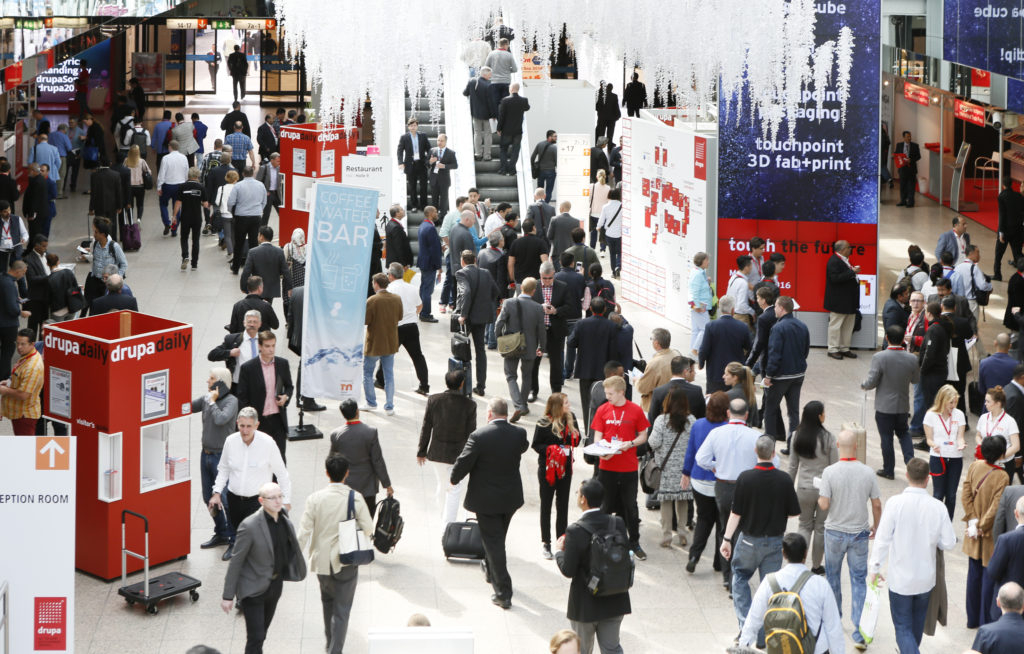 Despite some marketing material and even the visitor lanyards at this year’s event claiming drupa would return in 2019, the world’s biggest and most important trade fair for print and crossmedia solutions is sticking to its proven four-year cycle and will be held again in Düsseldorf, Germany from Tuesday, June 23 to Friday, July 3, 2020.

With this decision, Messe Düsseldorf is responding to the numerous demands voiced by exhibiting industry players. “The current drupa, with its outstanding business deals and positive atmosphere really stands out and has made one thing perfectly clear: Its USP are the production lines and are in full operation here,” explained Werner M. Dornscheidt, president and CEO of Messe Düsseldorf,

“This is one of the reasons why drupa is such a beacon. Precisely this investment – this is what many representatives of the exhibitor community have assured us over the past few days here – they want to be at and with drupa in the future, their number one international industry platform. Therefore in the interest of our customers and international markets, drupa will stick to its four-year cycle.”

The re-positioning of drupa 2016, its focus on future topics as well as the shorter duration of eleven days have all proven to be correct decisions. drupa 2016 is still on until June 10 this year. 1,837 exhibitors from 54 countries are currently showcasing their innovations and  applications for print and cross-media solutions in Düsseldorf’s 19 exhibition halls.

Approximately 200,000 visitors from 183 countries have visited the world’s biggest and most important trade fair in the print and media industry since day one of the event. And the percentage of visitors from throughout the world has also been extremely high so far: 78 per cent have come from abroad.

It will only be a matter of days before further data is released about this year’s event, including footfall numbers and visitor information. Not only this, but there will also be a wave of news following the event highlighting new business ventures and investments from companies across the industry.

BOBST introduces its most highly automated and productive die-cutter