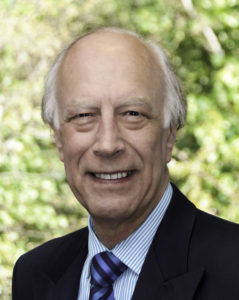 The Confederation of Paper Industries (CPI) congratulates its former director general, David Workman, on winning the Outstanding Contribution to the Industry award, at the UK Packaging Awards 2016 ceremony held at the Grosvenor House Hotel on October 27.

Workman retired from CPI and the UK’s Paper and Packaging-based Industries in September this year. He started his career in the printing industry, during the golden days of Fleet Street, and then took a number of positions across the glass sector before joining Rockware Glass as sales director. He then moved from there to join the British Glass Manufacturers Confederation as director general in May 2001 and remained there until 2010, when he became director general of CPI.

Surprised and pleased to accept the award, Workman said: “I thought I was here to make up the numbers, I really had no idea!” He went on to praise the work of the packaging industry pointing to the “excellent” entries he’d seen on the night and saying the future for packaging is very bright.

A major feature of the period since 2000 has been the increase in the legislative and regulatory burden faced by the companies within the paper and packaging industry, particularly the energy intensive sectors and this has changed the way that trade associations operate. During his time with CPI, Workman rose to the challenge that this regulatory burden presented and had been a relentless campaigner at Westminster. He can reasonably take some significant credit for the fact that by 2013-14 the Government had woken up to the reality that the backbone of manufacturing was crumbling, and the resulting measures that are now being introduced to compensate or even exempt energy intensive industries from the more damaging aspects of climate change policy.

The paper sector has significantly increased its recycling rates in the past 20 years but industrial re-processors have complained about the quality of materials being returned for new production. Workman has long been an advocate for a policy based on resource efficiency that seeks a shift in emphasis towards quality in recycling.

Workman has always called for packaging to be recognised for its fundamental role in society, rather than being ‘demonised’. The perception of packaging is indeed now changing and there is a growing recognition that it only exists to protect goods from damage in transit and helps to prolong shelf life in the food and drink supply chain. The emphasis has now moved, quite rightly, to the real villain: food waste.

The UK’s paper and packaging industries face great challenges, but they are better placed to face these thanks to Workman’s sterling efforts.