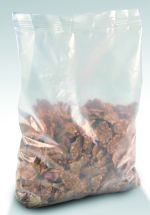 “The balanced properties of the grades are key to attaining a consistent, reliable and efficient film production process,” explains PE technical marketing engineer Krzysztof Rozensa. “In particular, HDPE FI1157 can be processed at a high speed while maintaining a solid bubble stability, maximising film output and minimising energy consumption.”

HDPE FI1157 can be typically used for the production of lamination films, release films, inliners, labels and artificial paper. Converters can increase the efficiency and performance of their operations by using significantly less material while still producing film with adequate stiffness and strength. Furthermore, films have an impact resistance around 20% higher than films made from a typically common HDPE grade.

Its toughness and impact properties make FI0644 suitable for applications which require extra strength. Films have impact resistance at least 15% higher than those obtained with a common HDPE grade. Typical applications include heavy duty bags, inliners, meat bags, grocery sacks and carrier bags. Films made with both resins exhibit a strong combination of stiffness and tear resistance.