In April, the British Coatings Federation (BCF) and the British Adhesives and Sealants Association (BASA) joined forces to host a ‘Halfway to Brexit’ seminar at the Doubletree by Hilton in Nottingham to highlight the economic and political implications of Brexit on the global coatings and adhesives industries. The seminar was attended by over 80 delegates, including representatives from both industries, the press and several government officials 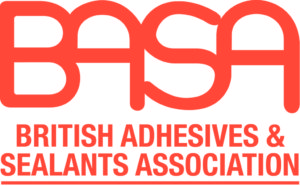 The seminar marked the halfway point to Brexit, and with the October deadline for an agreement between the UK and the EU looming, both speakers and attendees highlighted the need to have a good deal for industry, which works both for the UK and European business community. 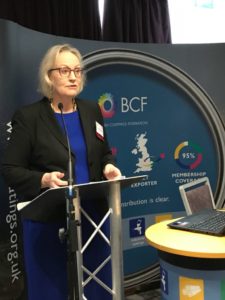 Speakers Richard Rumbelow (EEF) and Julie Girling MEP opened the seminar with a compelling look at the politics of Brexit and the impact it could have for chemical using industries. Ms. Girling gave a unique insight into negotiations as a working MEP, and the repercussions on industry of the UK not staying within the EU chemicals regulatory framework. Peter Smith from CEFIC highlighted the significant contribution the UK chemicals industry had made towards REACH, whilst, Jean-Marc Barki (FEICA) and Martin Engelmann (VdL) gave overviews of how Brexit will affect the coatings and adhesives industries in their countries and the EU, and all three participated in a panel discussion taking questions from the audience. A second panel discussion featured members of BCF and BASA including U-POL, Centre Colours, Jotun Paints, FSi, Hodgson Sealants and BASF. Elizabeth Shepherd (Eversheds Sutherland) and Richard Collin (BSI Group) also contributed with views on how Brexit might impact their business, standards and compliance and how they are working to prepare for March 2019.

Ellen Daniels, Head of Public Affairs and Policy at the BCF commented: “As time progresses with the Brexit negotiations, more will become known with regard to the impact of Brexit, but until then the talks and discussions held at the seminar left delegates with food for thought in preparation for businesses within our sector. Many of our European colleagues highlighted that the UK is seen as one of the most pragmatic voices in the EU relating to chemical regulations, and the loss of the UK from the bloc will be felt across the continent.”

Lorna Williams, Secretary of BASA said: “For BCF and BASA members, Brexit is hugely important, given the effects it could have on the UK industry as well as the global reach of trade. A key theme that emerged was to communicate regularly with supply chains, particularly as our industries have a significant amount of trade with the EU, both import and export… Our European speakers highlighted that Brexit is not just contained to the UK and has its impact will be felt by the EU economies. The seminar has provided a better picture for delegates of the key negotiating deadlines for the UK’s departure from the EU and we heard about some of the preventative measures that could be put in place to counteract some of the potentially negative impacts on businesses.”

Crown invests in capabilities of its Bevcan Graphics studio

Sustainable machinery performance and smart factory solutions brought to you by…