Apex International looks back at a very successful drupa 2016 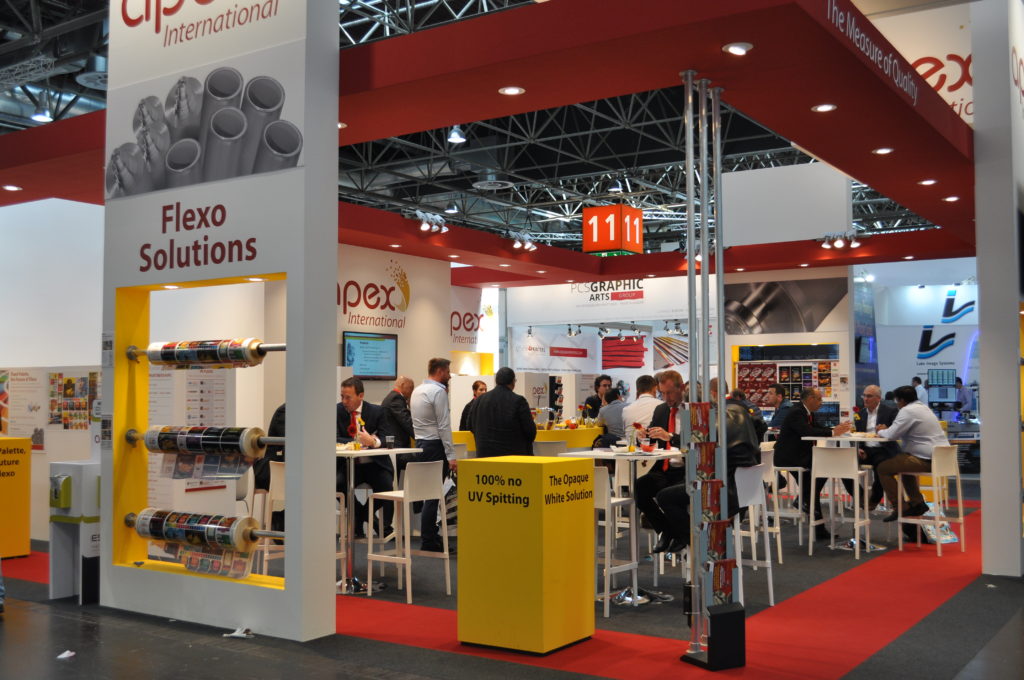 With more than 260,000 visitors over the course of 11 days, drupa 2016 maintained its position as the world’s biggest and most important trade event for print and cross media solutions.

Total visitorship was down nearly 17.5 per cent over drupa 2012 due in large part to the shortened schedule and companies opting to send fewer attendees in favour of more executives and key decision makers. As a result, drupa 2016 is being considered more commercially lucrative than previous versions despite the short schedule and reduced attendance.

Apex International’s focus on innovation and partnerships during drupa proved to be a strong message for the industry. Anilox solutions for fixed palette applications drew large crowds and generated significant interest in Apex and our supplier partners, including ESKO and DuPont. Apex was also proud to partner with nearly a dozen OEM exhibitors and share in their success.

Apex’s core values are consistent with the general themes for drupa 2016 that revolve around the idea that innovation and technology are changing the printing industry for the better.

“We would like to thank the more than 1,100 visitors to our stand during the course of the show. We are proud that our beliefs are shared by so many and we look forward to our curiosity continuing to drive innovation at Apex,” the company said.