ABG’s MD sets off on solo Atlantic row for charity 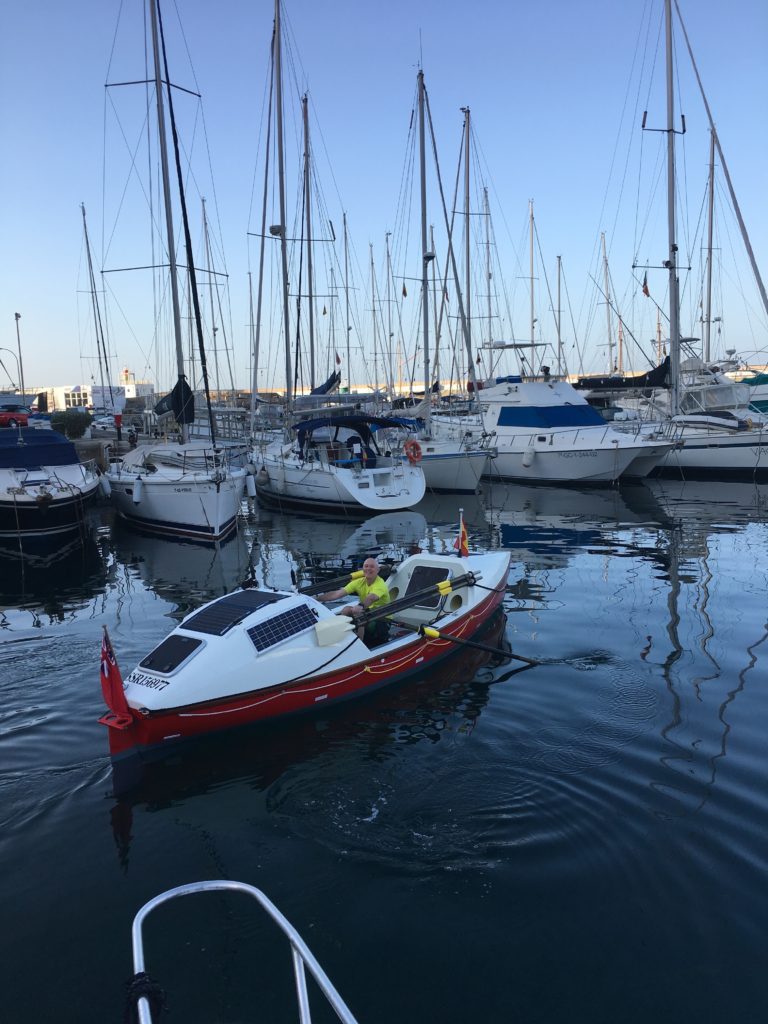 Three years ago, ABG’s managing director, Mike Burton, rowed in the Talisker Atlantic Ocean Race (and won it by seven days) in a pairs challenge.

Then, last week (Tuesday January 10), Burton set off from Gran Canaria on a projected three-month solo journey to his destination in Antigua, all with the aim of raising £30,000 for charity.

“Having rowed a pairs boat with my good friend Tom Salt in the Talisker Atlantic Ocean Race in 2013/14, I decided, in a moment of madness, to attempt an unsupported solo row of the Atlantic.

“At the time the challenge didn’t appear too daunting, but as the departure date draws closer, the realisation of rowing solo and not part of the Atlantic Challenge race is slowly but surely sinking in,” said Burton last month at ABG’s headquarters in Bridlington.

He set off from Puerto Rico Marina, Gran Canaria, early in the morning on January 10, with the aim of reaching English Harbour, Antigua anything up to three months later having rowed 3,000 miles – all subject to weather and ocean conditions.

He intends to row two hours on, two hours off, 24 hours per day, seven days a week until arriving into English Harbour. This will vary depending on sea state and the prevailing wind and weather, and due to this he spent his first 30 hours rowing non-stop.

His home for the next three months is a six-metre-long, 1.8-metre-wide boat called Storm Petrel, named after a small ocean bird that lives on the ocean for months on end. The boat is constructed of glass fibre and Kevlar, self-righting in the event of a capsize, with a sea anchor to stop her being blown backwards in adverse conditions.

Burton is hoping to raise over £30,000 for Macmillan Cancer Support. For those who are interested in following his journey and donating, you can visit http://www.sprata.org/ where you can view a live tracker and read Burton’s daily blogs.