5 things you need to know about static 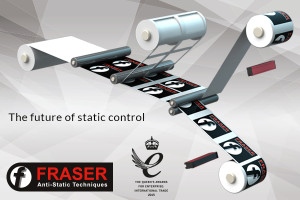 The undesired generation of static electricity is one of the most commonly misunderstood issues in manufacturing. The consequences of static build up on a material can range from dust and contamination attraction, poor printing and coating, all the way to operator shock and even explosion. Likewise there are several different approaches to dealing with static issues which range from ignoring the problem, to adapting (slower speeds, etc) and finally removing or controlling the static.

In the Converting industry we have encountered all of these approaches and several others that could only be described as a combination of witchcraft and voodoo. That is why we decided to put together a list of 5 things you probably need to know about static.

What is Static Electricity? 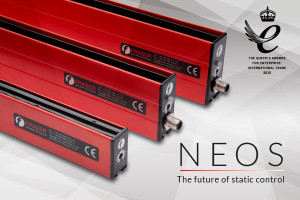 Relative humidity is basically the amount of water vapour in the air expressed as a percentage of the possible maximum. High humidity causes lower static on some materials, as the extra conductivity of the water layer on surfaces can dissipate charges. This means that as a rule, static is less of an issue in humid environments. Conversely static tends to be more of a problem during cold and dry winter months when humidity is lower.

The voltages seen due to static charges can multiply on objects or materials when they are combined, this is known as the battery effect, as it is like combining the voltages on a number of cells.  Commonly seen in stacks of material, in collection bins and on winders, charges can often attain significant voltages, which cause static problems to occur.

Static can cause delayed product failure

In the case of electronic components the current in a static discharge generates heat which evaporates junctions, interconnects and the gap between tracks. The high voltage also breaks down the thin oxide coatings on MOS and other coated devices. Often the component is not completely destroyed which can be even more problematic as the failure will occur later when the product is being used. 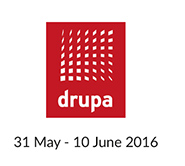 Static is typically generated by friction, rapid heat change, contact and Separation or Induction.  Many of these actions occur during converting processes and the result is generally harmless.

Static however can cause materials to misbehave and is a leading cause of print issues and dust attraction as well as presenting a real risk of shocks to operators.

Fraser Anti-Static have over 20 years experience in this field.  We recognise that many static issues are unique and offer an obligation free consultation for all prospective customers to ensure that the solution we provide will deliver the result you need.